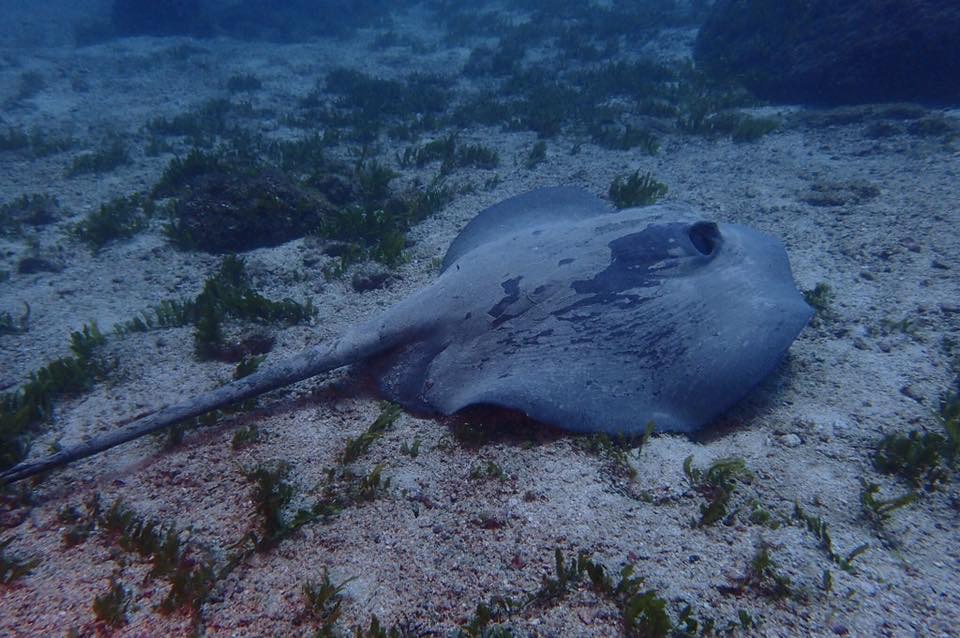 No different to other vast areas of the ocean, Costa Rica’s coast is littered with wrecks both large and small. Both the Pacific and Caribbean coasts of the country have a rich nautical history which can be explored by divers in the hope that they will find a vast array of marine flora and fauna that now inhabit the sunken vessels. While the waters in the Pacific are generally of poorer visibility than the Caribbean there are still wrecks shallow enough to be considered in the recreational dive limit. Some wrecks have in fact been sunk for the enjoyment of divers while others met all ill fate due to weather, fire or even piracy.

Many divers visit this Guanacaste town to dive the the Catalina’s and Bat Islands, however closer offshore lie two wrecks with a surprising bounty of life. The Tortuga and Meros are both approximately 40 feet in length are often ideal locations to spot a white-tip reef shark or nurse shark which is hiding under the wreckage. Both wrecks are shallow in depth, no more than 80 feet, therefore recreational diving is possible. During dry season (November to April) the visibility is often poor due to algae blooms yet there are plenty of schools of pufferfish, spadefish and trumpetfish dwelling close to the wrecks.

On the south-eastern shore of the Nicoya Peninsula, Isla Tortuga is one of two islands that make up the Islas Negritos Biological Reserve. Relatively unknown to visitors, there are plenty of operators that will guide divers to the area. A divers and snorkeler’s paradise, Tortuga’s depth often vary between 0 – 100 feet. Mobula rays jump during the dry season and there is even the opportunity to encounter spinner dolphins and manta rays in the water. The channels of Acuario is a good spot to see jacks and La Cueva is often a resting site for white-tip and nurse sharks in the rainy season. Three shipwrecks lie in the waters here, the Caroline Star, Coronel Alfonso Monge and the Franklin Chang Diaz.  The Caroline Star is the deepest wreck at 98 feet, be sure to shine your lamp in the hull where sharks may be dwelling in large numbers. The Monge is an 85 foot coast guard ship that has an average depth of 40 feet, therefore allowing longer bottom times for divers to explore hidden treasures and species such as damselfish and spadefish.

On the Caribbean coast of Costa Rica to the south of Limon lies Cahuita. A 242-hectare reef lies within the national park, scuttled on the reef lie some fascinating remnants of centuries past. The wreckage of a Spanish galleon slave ship from the 1700’s is accessible mere 20 feet under the surface. While the wreck has been severely decomposed over the years, it is still possible to see cannons and part of the ship itself.

Off the coast of Limon lies Isla Uvita and the shipwreck Fenix, a cargo ship that is rarely dived upon due to treacherous conditions.

Rocket Frog Divers Is The Top Choice For Group Dive Trips In Costa Rica
May 22, 2019